O-Posts Special: 10 Copa America Players To Keep An Eye On

So the Copa America, one of the most widely viewed sporting events, has started and will be held Argentina for the next three weeks. There are many top talents and quality players on show in this event. But other than Messi, Aguero, Milito, Pato, Zanetti and other well known names. I present to you a list on 10 players that I believe you should be keeping your eyes on in this tournament. Some you may know, some you many not, but anyways, here is a list of 10 Copa America Players To Keep An Eye On. 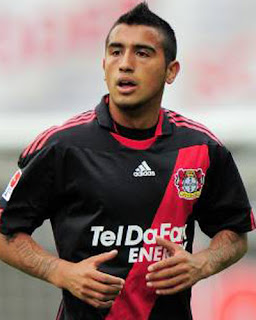 A player that has been linked with the Gunners this week. Arturo Vidal is one of the best players in the Bundesliga and was excellent last season with Bayer Leverkusen. Vidal is player who bags of skill, calm passer, tenacious, makes excellent runs forward and is able defensively, who can effrctively break up attacks. Vidal is likely to leave, and if he has an excellent tournament, expect Europe’s top clubs to go after him. 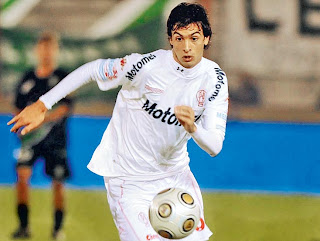 An exciting, talented playmaker who lit up the Serie A last season. Javier Pastore, has been linked with Europe’s top teams, especially from Barcelona. His club, Palermo, value him at 50 million euros which just shows how much he’s highly-rated. He’s a creative player, with bags of skill, great vision and unpredictable. Definitely a player to look out for this tournament. 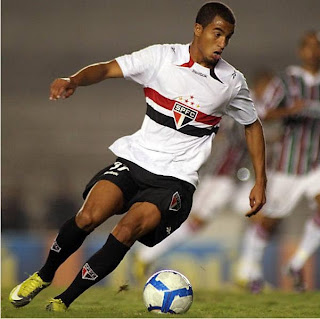 No, not the Lucas of Liverpool or Lucas Piazon , who’s on his way to Chelsea. But Lucas Rodrigues Moura da Silva, who’s simply known as Lucas. A wonderkid  who plays as an attacking midfielder and one of the most highly-rated talents in Brazil, along with Ganso and Neymar. He’s just 18, but is highly regarded by National team coach, Mano Menezes. He has bags of talent and ability, especially in dribbling and is creative with the ball. Lucas has a big future ahead of him and he’s definitely a player to watch in this year’s Copa America. 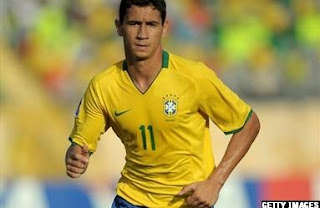 Paulo Henrique Ganso, simply known as Ganso, is on the radar of many of Europe’s top clubs. He is so highly rated and regarded that he’s considered by some as world-class and he’s only 22. Ganso is known as the “Brazilian Zidane”, blessed with excellent vision, passing range, dribbling skills and creativity. I’m a big fan of Ganso, he’s a very exciting player. 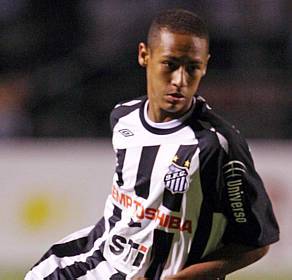 Many of you already know who he is, Neymar has been  recognized as one of the best talents to come out of Brazil in recent years. Neymar is a player with immense ability, especially in dribbling where he beats defenders with ease and a great eye for goal. Neymar has been on the watchful eye of many of Europe’s best clubs, including Chelsea and Real Madrid. He’s highly regarded by his club Santos, who value him at around 40 million pounds. That’s big money for such a young player and hopefully we’ll see why in this year’s tournament. I expect a lot from this player; he’s one hell of a talent. 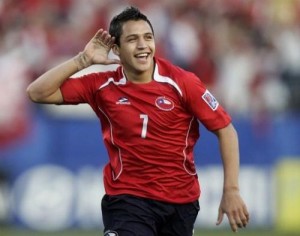 A gifted and dynamic player, who looks likely to leave Udinese for Barcelona. Alexis Sanchez is one of the most exciting and talented young players in the world. He plays mainly as a forward, but can also play as a winger. Alexis Sanchez is blessed with great dribbling skills, pace, and a good eye for goal. Sanchez is likely to be Chile’s go to player, so expect a lot from him…. quality player. 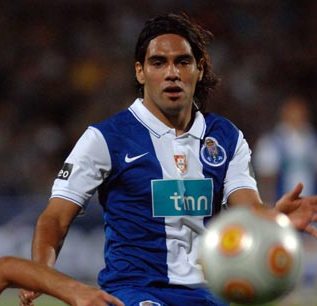 A player who had an absolutely sensational season with his club FC Porto. Radamel Falcao, is now on the watchful eyes of many of Europe’s top clubs, including the Gunners. He has an excellent scoring record with his club, scoring a whopping 69 goals in 82 matches in the last two seasons. Falcao has a great eye for goal, excellent in the air, great movement especially in the penalty area and is also a good dribbler. Falcao is a key player in a talented Colombia squad, who include players like Cristian Zapata, the aforementioned Pablo Armero, Freddy Guarin and Abel Hernandez. He’s a contender to be the top goalscorer in this tournament. 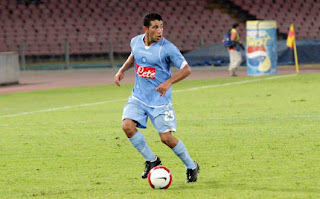 One of the best players last season in the Serie A, Gargano is one of the best midfielders in the league as well as one of the most underrated players, not in Italy, but in all of Europe. Plays as a deep-lying midfielder, he is excellent passer with good vision, calm in possession, decent shot, able tackler and very reliable and consistent. He’s a major fan-favorite at Napoli and definitely a player to look out for this tournament. 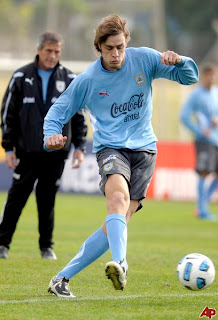 A young, talented central defender, who was recently awarded as the best player in the Uruguayan league. Sebastian Coates is a rising star in Uruguay and is a tough, solid defender, who is excellent in the air, standing at around 6’4” tall. He also is quite good with a ball in his feet, has decent technique and has good pace as well.  Definitely a player to look out for in this year’s tournament, if he has a good tournament, expect him to be in Europe next season. 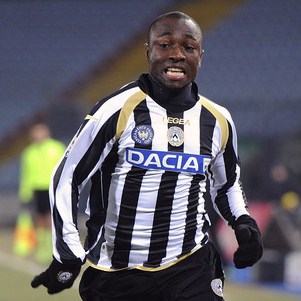 The powerful left wing/full back has had an excellent season with his club, Udinese. Armero is known for his powerful runs, mobility, good dribbling, his strength and physicality. Pablo Armero is a dangerous player who can cause problems to any opponent.
These are not the only players to looks out for, there is also players like Cristian Zapata, Abel Hernandez, Enzo Perez, Diego Valeri, Ezequiel Lavezzi, etc. This is promising to be, especially with the huge quality of talent on store, an entertaining and enthralling tournament..... as it usually is.


What do you think? Who are you keeping a close eye on in this tournament?

P.S. I recommend that you read this article, it's about other players to look out for in this tournament.... interesting read: http://www.goal.com/en/news/1717/editorial/2011/06/30/2553651/armero-lucas-caicedo-the-best-players-at-the-copa-america
Posted by oalmasri at 4:46 AM