Battle For Left Back 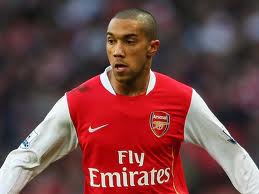 Clichy.... leaves with my respect
Gael Clichy has been a servant at Arsenal for many years. I have every respect for him as a player and for his move to Manchester City. I wish him all the best. But I really do believe, that this switch will have a very positive effect on the Club.

Ever since Ashley Cole departed, Clichy has been Arsenal’s undisputed left-back; the position has never really been challenged. But this is exactly, what the young boys at the Club need. Kieran Gibbs had been Gael’s back up, and never really pushed to become first choice. Armand Traore has been offloaded to clubs on loan in the past, and not really been given his chance. Now they both have a chance to fight for their place, and improve as players as they do. Everyone should agree that competition is great for a player, it pushes you harder. When two young players with vast amounts of potential go head to head, it really is a spectacle. 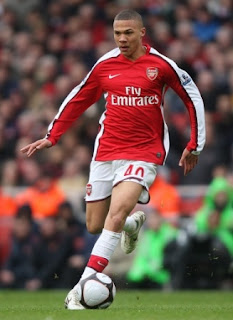 Gibbs.... struggling defensively
Admittedly, at the early stages of pre-season, I have to say that Traore looks the better of the two. He is amazing going forward, much like Gibbs, but has looked surprisingly solid when defending, unlike Gibbs. Gibbs’ vulnerability at the back really does let him down, because I believe he has the ingredients to be the next Ashley Cole, given he improves defensively. Another factor in the battle for left back is the fact Gibbs is very injury prone. Traore, however, never seems to be injured, another reason to back Traore. 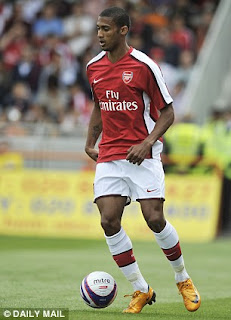 Traore.... has looked impressive so far
Anyway, Gael Clichy leaving is a GOOD thing. The younger players will prosper, develop and be given the chance they deserve! What do you think? Traore or Gibbs?

Traore, he has more time/experience actually on the pitch. Not just because is is not injured as much as Gibbs, but because of his time on loan. It's time arsenal reaps the rewards of our decision to loan him out. As we all know, one thing that can override talent is experience.

I believe both players are very good but gibbs is prone to injury while traore needs to be consistent before it can be accepted dat he can actually turn d left back position to his own.All I believe is dat arsenal still need a left back dat we are confident of.

I totally agree that Traore's experience is a huge factore as well. But the only thing that worries me is that Serie A plays a very different game to the PL, a slow, even lifeless game at times, compared to our fast tempo. If he can fully adapt is a different matter.

But I still really do believe that we can rely on these players, as we have more pressing worries.... We need a CB!