As we're still waiting for more updates and news on the proposed and heavily touted move for Valencia's Juan Mata. There has been more interesting and exciting transfer news, gossip, speculation and rumors surrounding the Gunners. Without further ado, here is the Arsenal Transfer News Roundup.

Arsenal To Increase Bid For Jagielka 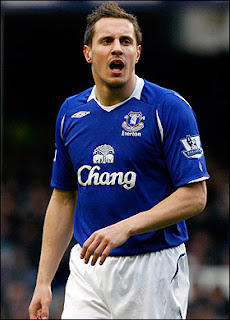 Jagielka... Gunners to make increased bid for his services
According to We Are The North Bank, the Gunners will make an increased offer for Everton's Phil Jagielka. Arsenal had a bid rejected for Jagielka, which reports vary between 10 -12 million pounds and now it's said that they will increase their bid to around 15 million pounds to land the English center back.

If this report is true, then it shows how serious the Gunners are in landing Jagielka and how highly rated he is. But will Everton accept this reported increased bid?

Link to the article: http://wearethenorthbank.com/arsenal-set-to-increase-jagielka-bid/ 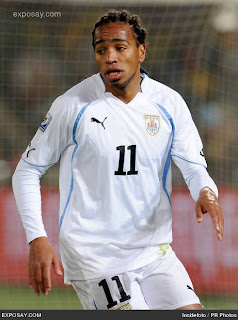 Pereira.... interesting the Gunners
According to Pereira's agent, the Gunners, along with Liverpool, are interested in signing Porto and Uruguayan international left back, Alvaro Pereira. Perreia was impressive for Porto last season and with Uruguay in their Copa America triumph, and also against the Gunners in the Champions League, a couple of seasons ago. Pereira reportedly has a buyout clause of around 18 million pounds.

In my opinion, Pereira is an excellent player who's known for his excellent forward runs, can make good crosses, good with the ball in his feet, strong physically and does well defensively. He would be a very good signing for the Gunners.

Link to the article: http://www.cleansheetsallround.co.uk/2011/07/arsenal-liverpool-chasing-porto-defender

Here's a video of Pereira, displaying his talents: 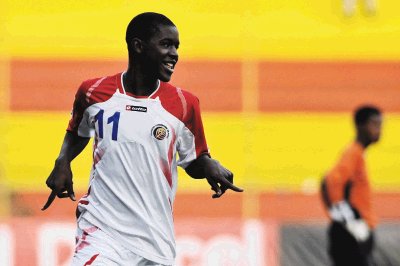 Campbell.... confirms Arsenal arrival
According Costa Rica's U-20 assistant manager and Joel Campbell himself, Campbell is set to join the Gunners and has confirmed his arrival.

Here's a link, displaying a video of the interview (It's in Spanish)- http://www.teletica.com/teleticadeportes/detalle.php?id=105222

It looks like this saga is coming to an end and Joel Camppbell will become a Gunner. But whether or not, he'll be able to play as a Gunner next season, remains to be seen as Campbell hasn't played 70% of Costa Rica's international matches, so his only hope will be to obtain a "Special Talent" visa... which I hope he will.


What do you think? Should the Gunners go all out for Jagielka? Do you want Arsenal to go for Pereira? What are your thoughts on Campbell's impending arrival?