This is one of the most difficult and challenging articles that I have written so far. Not only because I am a huge fan of our skipper, Cesc Fabregas, but because he's one of the most talented and best players in his position in the world. This article is going to cause some debate and I know most will not like it, but let's face it, our beloved Fabregas, will leave sooner or later to his boyhood club, Barcelona. Because of this I decided on making a list on 10 Possible Replacements for Cesc Fabregas. This list is based on their quality, value and the ability to replace one of the best midfielders in the world.  I hope it's a good read and please share your thoughts and opinions. The list is in random order.
First, let's start with a quick lowdown on Cesc Fabregas:
Age: 24
Nation: Spain
Height: 5'9"
Club Apps with goals: 303/57
International Apps with goals: 58/6
Capabilities
Passing: 9.0
Vision: 8.5
Dribbling: 7.5
Creativity: 8.5
Decision Making: 8.0
Pace: 7.0
Movement: 7.5
Shooting: 7.0
Tackling: 6.0
Technique: 8.0
Hernanes- Club: Lazio- Age: 26- Nation: Brazil- Height:5’11” 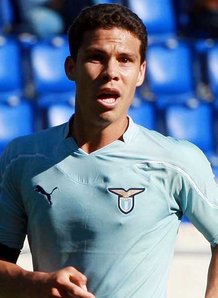 Capabilites
Passing: 8.5
Vision: 8.5
Shooting: 8.0
Pace: 6.0
Creativity: 8.0
Dribbling: 8.5
Tackling: 5.5
Technique: 8.0
Decision Making: 7.5
Movement: 7.5
One of the best signings in all of Europe last season. Hernanes, was one of the stars last season in the Serie A, putting in some top-notch performances, most notably against Inter Milan in a 3-1 win. Hernanes is considered a world-class player, known for his excellent passing, dribbling, vision and explosiveness. The 10 million pounds that Lazio paid to sign him, is now considered a bargain and his value is now at least triple that amount. Hernanes has stated that his intentions in staying with Lazio, but if Lazio get an offer of around 30 million pounds or more, they might be tempted to sell.
According to transfermarkt.co.uk, Hernanes is valued at 16 million pounds. But Lazio will want much more than that, probably around 30 million pounds. 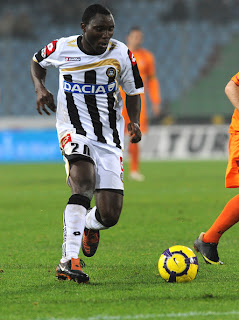 Capabilities
Creativity: 8.5
Technique: 8.0
Passing: 7.5
Pace: 6.5
Vision: 7.0
Shooting: 7.0
Decision Making: 7.0
Movement: 7.0
Tackling: 6.0
A very gifted player, who is considered one of the best young players in the world. Kwadwo Asamoah, has long been linked with a move to the Gunners and has had an excellent season with his club Udinese. Asamoah is a talented midfielder, known for his skill, creativity, work-rate and strong physique.  Asamoah can play in central midfield as well as on the left, he has all the capabilities and talent to succeed with the Gunners and in the Premier League.
According to transfermarkt.co.uk, he’s valued at around 8.5 million pounds. Kwadwo Asamoah, though, is valued by Udinese at around 18 million pounds. 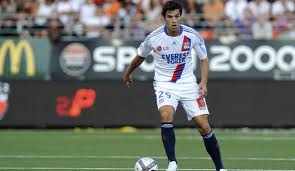 Appearances/ Goals with Lyon: 27/3
Capabilities
Creativity: 8.0
Passing: 8.0
Shooting: 8.5
Pace: 7.0
Vision: 7.5
Tackling: 5.0
Technique: 7.5
A very talented and creative player. Yoann Gourcuff is one of the most talented players, in my opinion, not only in France, but in Europe as well. Yes, he didn’t have the best of seasons last season with his club Lyon and looked short on confidence. When he is confident and in his stride, he is one of the best playmakers you’ll ever see. Gourcuff is known for his creativity, excellent dribbling, passing, set piece ability and technique. He was also labeled as like many talented Frenchmen, as the next Zidane. I know that they’ll never be another Zinedine Zidane, but when I see Gourcuff play, with confidence, he’s the closest I’ve seen to Zidane. The way he dribbles and his style of play is reminiscent of the French legend.

If Gourcuff can regain his confidence and gets settled, then he can be a great signing for the Gunners and would take the Premier League by storm.
According to transfermarkt.co.uk, Gourcuff is valued at around 18 million pounds, but Lyon would probably want more than 20 million pounds for his services.

Doesn't this goal just remind you of Zidane:


Creativity: 8.5
Passing: 8.5
Vision: 8.5
Shooting: 8.0
Technique: 8.0
Tackling: 5.0
Pace: 8.0
Decision Making: 8.0
One of the world’s best players, Wesley Sneijder, has had a rough time last season due to injury problems and Rafa Benitez’s questionable tactics. When he’s at his best, though, there is no questioning his talent and ability. He’s a terrific passer, excellent with both feet, great set piece taker, all in all, one of the best midfielders in the world today. Sneijder has so far refused to commit his future to Inter Milan and is said to be a top target for Manchester United. Would it be nice for not only the Gunners to acquire a quality player, but to also acquire him ahead of a fierce rival.
He is reportedly valued at around 35-40 million pounds, his high wages could also be a concern, but if Wenger wants a top-quality replacement, then he needs to pay up.

Capabilities
Creativity- 7.5
Technique: 7.0
Passing: 8.0
Pace: 6.5
Vision: 7.5
Shooting: 7.0
Decision Making: 7.5
Movement: 7.0
Tackling: 7.0
A player that has been linked with the Gunners on numerous occasions. Lucho Gonzalez, is an Argentinian central midfielder plying his trade for Olympique Marseille, who’s likely to leave this summer. Lucho is known for his excellent passing, leadership and high work-rate and was also the player with the most assists last season in Ligue 1, with 12. People may think that his age could be a problem, but I honestly think it could be a plus. Not only will the Gunners have a quality player, but with his experience, he could act as a guide and aid the progress of young, rising Gooners like Ramsey and Wilshere.
He is reportedly valued by his club, at around 13 million euros. 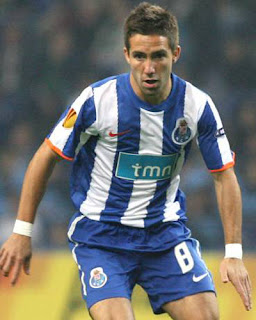 
Creativity: 8.0
Technique: 7.5
Passing: 8.0
Pace: 7.5
Vision: 7.5
Shooting: 7.0
Decision Making: 7.5
Movememt: 7.5
Tackling: 6.0
Joao Moutinho has been linked with the Gunners, ever since he was at Sporting Lisbon. Moutinho, had a superb season with Porto and was one of the stars of their excellent campaign, alongside Falcao and Hulk. He’s a talented and skillful player, who has an excellent passing range, a good dribbler and creative. His future at Porto has been thrown into doubt after Andre Villas-Boas’s departure, and could be a shrewd and quality acquisition for the Gunners.
He reportedly has a release clause of around 35 million pounds. 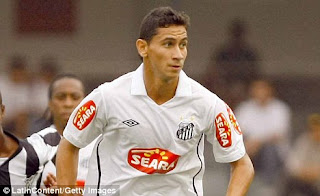 
Creativity: 8.0
Technique: 8.0
Passing: 8.5
Pace: 6.5
Vision: 7.5
Shooting: 7.0
Decision Making: 7.0
Movement: 7.5
Tackling: 6.0
A player that is destined and likely to leave Brazil and play with a top club in Europe. The highly-rated, Paulo Henrique Ganso, is one of the best talents to come out of Brazil in the past few years. He is so highly regarded, that he’s labeled by Brazilian correspondents as “world-class” and he’s only 21. He’s very skillful, excellent passer and dribbler, with his style very similar to Kaka. He has had his injury problems which is probably the main reason for his poor Copa America so far, but is still a brilliant talent. There is huge interest in him from Italy, in particular the Milan rivals, Inter and AC Milan, but nothing has been made official yet and he’s still a Santos player. He has a very bright  future ahead of him.
Reportedly valued at around 25-30 million pounds. 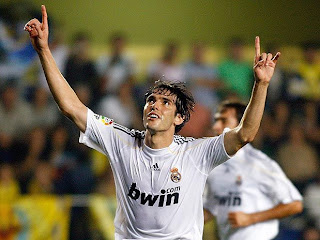 Capabilities
Creativity: 8.0
Technique: 8.5
Vision: 8.5
Passing: 8.5
Shooting: 7.5
Pace: 6.5
Tackling: 5.5
Leadership: 7.5
Movement: 7.5
Decision Making: 8.0
Brazilian star and AC Milan legend, Kaka, has had a rough year with his club Real Madrid and after the signing of Nuri Sahin… his future at Real Madrid is in doubt. Kaka has had physical and injury problems for the past few years, but when at he’s at his best, he’s one of the best players in the world, in the top 5 best at the least. Kaka is known for his excellent dribbling, passing, vision, creativity and also has an excellent eye for goal. He’s also a known admirer of the Gunners, especially in their style of play. All in all, one of the best playmakers in world football. Due to his injuries and lack of playing time, his transfer fee has decreased significantly, almost by half the price he cost when he transferred to Real Madrid.
He’s reportedly valued at around 30 million pounds and just like Sneijder, his wages are a concern, the Gunners need to pay up if they want to acquire him. 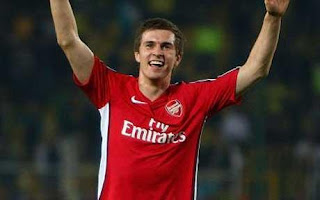 Capabilities
Passing: 7.5
Vision: 7.0
Dribbling: 6.5
Creativity: 7.0
Movement: 7.0
Pace: 7.0
Decision Making: 6.5
Shooting: 6.5
Tackling: 6.5
Technique: 7.0
A highly rated young player with a bright future ahead of him. Aaron Ramsey, is the natural successor to Cesc Fabregas  and has all the talent and ability to become a great player for the Gunners. Aaron Ramsey signed for the Gunners on June 13, 2008 from Cardiff City, in which the Gunners beat stiff competition from Manchester United for his signature. Ramsey has put in some excellent performances for the Gunners, most recently against Manchester United, in which he scored the only and put on a very good performance alongside another future star in Jack Wilshere. His horrific leg break has stifled his progress somewhat, but he has bounced back well and has a very bright future ahead of him. 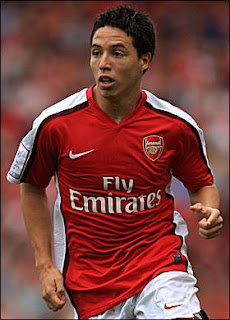 Capabilities
Creativity: 7.5
Passing: 8.0
Dribbling: 8.0
Technique: 8.0
Tackling: 5.5
Pace: 6.5
Shooting: 7.5
Vision: 7.5
Decision Making: 7.0
The likeliest option if Fabregas leaves and he stays. Samir Nasri, has had an excellent season, where he was second in the race for the best player in the Premier League. Nasri is a player who can beat players, creative, an excellent passer,  has good vision and great technique. There are reports suggesting that Nasri wants to play a more central role next season and if Fabregas leaves, will be a huge candidate for that role. He has the ability and skill to do very well, as the playmaker of the team.

I know many will disagree or won't like this article, but our captain ,Cesc Fabregas, will leave sooner or later  and his departure will not mean that it will be all doom and gloom for the Gunners. Fabregas gave his all in his 8 years with the Gunners so far and if he leaves, will leave with my respect. Fabregas is a top-quality player, no doubt about it, but is he irreplaceable.... definitely not.

Grate job mate, you can only get better. #goodarticle

hernanes is the best he can play anywhere in midfield including dm but we should have snapped him longtime ago, now he wont come cheap.
ganso is just like nasri, not so great at defending but still he will be a great signing.
you should add leroy fer(feyenoord), box to box midfielder who can also play in defence and he will be cheap.
and ever banega(valencia).

Hernanes would be a superb signing and yes, we should've bought him sooner... much cheaper back then.

About Leroy Fer, he's a talented player, but still young and relatively inexperienced.... I would prefer someone with experience.

Banega would be alright.

Thanks for commenting and take care,

@henrysenal Thanks for the compliments and praise bro, much appreciated.

they just rejected 5millions euro offer from twente coz he wanna leave.
my choice if i was wenger i buy leroy fer and ganso. we will have a strong midfield.plus, the greedy board will make big profit,the sale of one player brings 2 players with more cash left for them. he's dutch and dont have problem settling in the epl. no problem with age either, he's 2 years older than wilshere and already feyenoord captain.